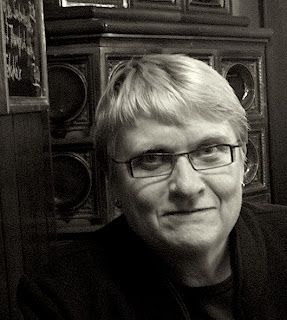 Jill Jones has been widely published in most of the leading literary periodicals in Australia as well as in a number of print magazines in New Zealand, Canada, the USA, Britain, France, the Czech Republic and India. She is also widely published online. Her work has been translated into Chinese, Dutch, Polish, French, Czech, Italian, Macedonian and Spanish. She has been a guest of most of the major literary festivals in Australia as well as at international poetry festivals and events in New Zealand, USA, UK, Canada and the Czech Republic.

She has collaborated with photographer Annette Willis, artist Bruno Leti, artist and poet Angela Gardner, and other visual and sound artists on a number of print multi-media projects, which have been presented at various festivals and events in Australia, NZ and the UK.

For nearly seven years, she was Program Manager for the Literature Board of the Australia Council for the Arts. She is currently a member of the J.M. Coetzee Centre for Creative Practice, University of Adelaide, where she teaches in creative writing and literary studies. From September 2014 until January 2015 she was poet-in-residence at Stockholm University. An entry on her work is included in the current edition of The Oxford Companion to Modern Poetry in English.

She is co-publisher, with Alison Flett, of Little Windows Press.

As editor
Out of the Box: Contemporary Australian Gay and Lesbian Poets. (with Michael Farrell), Puncher and Wattmann, Sydney, 2009
A Parachute of Blue: First Choice of Australian Poets, ed. with Judith Beveridge & Louise Wakeling, Round Table Publications, Sydney, 1995
Falling for Grace: An anthology of Australian lesbian fiction, ed. (as Jill Taylor) with Roberta Snow, BlackWattle Press, 1993

I’m in the process of editing something so all these strange questions come for me. I have no answers. Well, not exactly. And not while I’m in the midst of this process. What might a book be saying or declaring? Is what it’s not saying as important? But how can we know what it’s not saying? Does a book actually say anything? Didn’t someone write? Well, did they? OK, does even the writer know what they re saying? Could you write a book about what the book isn’t about? What are the words not saying? Is it the words, each of them, or the phrases, or the sentences or lines? Who is or isn’t in the poem? Who is knocking on the door to come into the poem? (Oh, so, here’s a metaphor!) Who doesn’t give a shit? Are these simply random, stumbling questions? Are any questions random? Is it a return of the repressed? What are the book’s gestures? ‘Wo es war, soll ich werden’, anyone? Is the book a symptom of something? So, the book
Read more

Belatedly, wanting to acknowledge the passing of Jackson Mac Low last week. There's an obituary at The New York Times and here's more info on Mac Low . The poem below is from his series of Light Poems. 1ST LIGHT POEM: FOR IRIS -- 10 JUNE 1962 The light of a student-lamp sapphire light shimmer the light of a smoking-lamp Light from the Magellanic Clouds the light of a Nernst lamp the light of a naphtha-lamp light from meteorites Evanescent light ether the light of an electric lamp extra light Citrine light kineographic light the light of a Kitson lamp kindly light Ice light irradiation ignition altar light The light of a spotlight a sunbeam sunrise solar light Mustard-oil light
Read more

I am pleased and gratified that my most recent book, Viva the Real (UQP), has been shortlisted in the Prime Minister’s Literary Awards for 2019 . Awards and prizes aren’t obviously the be-all and end-all but they do repay some of the faith the writer (in this case, me) and publisher had in the book. It's a welcome thing, especially as a genre like poetry pretty much gets ignored by book reviewing culture, literary festivals, and the like. The judges say of the book : Viva the Real by Jill Jones is an heroic celebration of the everyday: … For Jones the poem is an artefact freeze-framing thought: she is interested in the connections between the quotidian, attentiveness, and the resourcefulness of the poem to make legible our familiar. … An antidote to distraction, Viva the Real is a marvellous contribution to the poetics of everyday life: it magnifies the moment and resonates long after reading. A couple of years ago on this blog, I posted some thoughts I had about what my
Read more